Read more at http://www.project-syndicate.org/commentary/robert-j--shiller-worries-that-too-many-people-are-losing-confidence-in-the-future---and-in-democratic-institutions/spanish#PdDqbRmhLGRIOg0P.99
Posted by GUILLERMO RUIZ ZAPATERO at 1:28 PM No comments:

How to jumpstart the Eurozone economy | vox


This column argues that EZ leaders should agree a coordinated 5% tax cut, extension of budget deficit targets by 3 or 4 years, and issuance of long-term public debt to be purchased by the ECB without
sterilisation.

What can be done to increase aggregate demand in the Eurozone? From a technical point of view, the answer is simple and has few
disadvantages.

• All countries should enact a large tax cut, say corresponding to 5% of GDP.

• They should be given several years (say three or four), to reduce the budget deficit created by this tax cut, through a combination of higher growth and lower expenditures.

• To finance the additional deficits, members states should issue long-term public debt with a maturity of say 30 years.
This extra debt should all be bought by the ECB, without any corresponding sterilisation, and the interest on the debt should be returned to the ECB shareholders as seigniorage.

Combining a monetary and a fiscal expansion is key to the success of aggregate demand management, as shown by the recent experience of other advanced countries. Quantitative easing by itself would not do much to revive bank lending and private spending, because credit in Europe flows mostly via banks, rather than financial markets. And fiscal expansion without monetary easing would be almost impossible, because public debt in circulation is already too high in many countries. The combined monetary and fiscal expansion would stimulate aggregate demand both directly and indirectly, through a devalued exchange rate. The resulting temporarily higher inflation would be welcome, as it would reduce the debt overhang problem and it would facilitate achieving the ECB’s price stability goal.

Posted by GUILLERMO RUIZ ZAPATERO at 1:20 PM No comments: 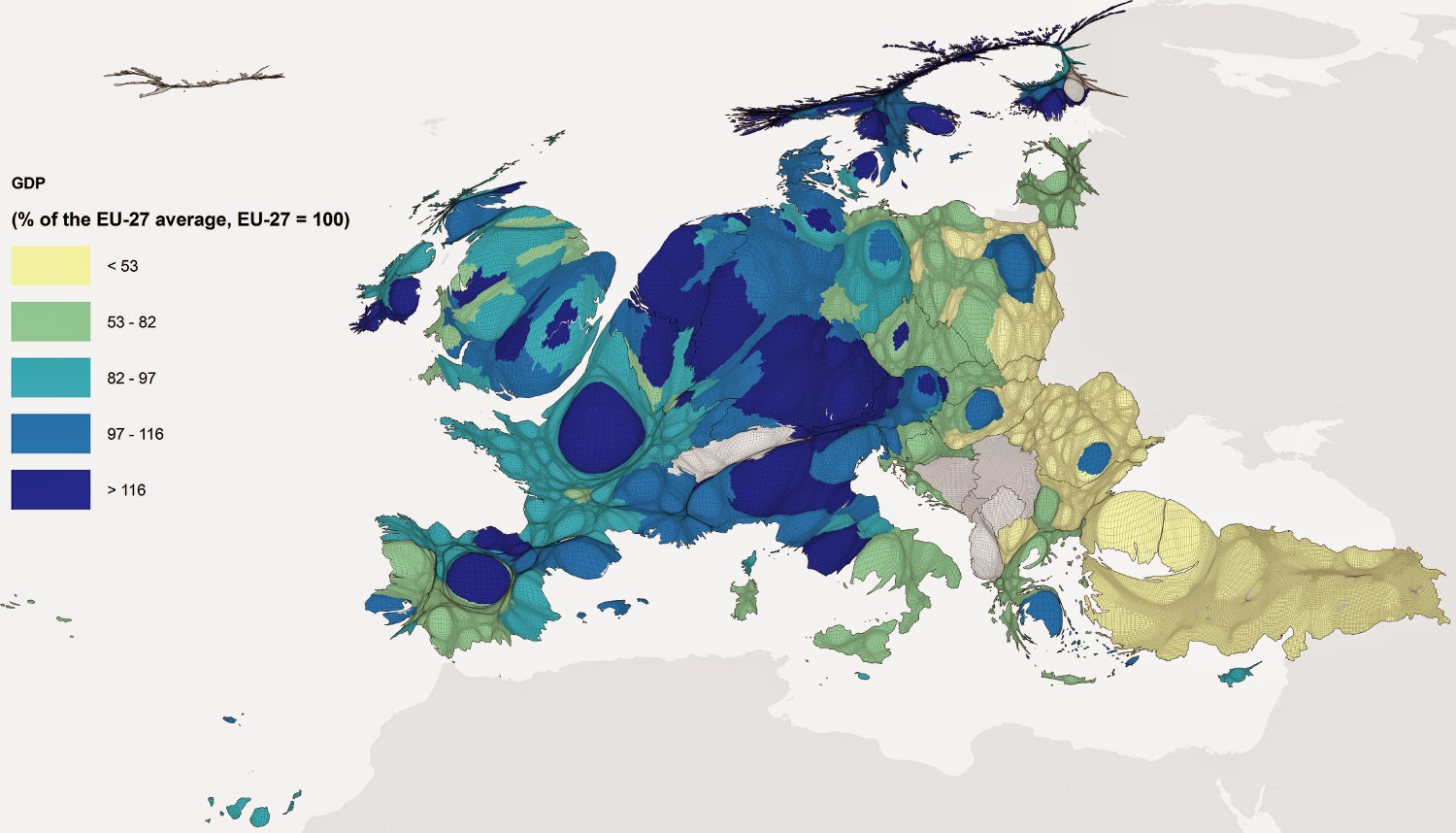 There are benefits to viewing Europe as a collection of cities and regions rather than as a group of nation states
Posted by GUILLERMO RUIZ ZAPATERO at 5:17 AM No comments: