Posted by GUILLERMO RUIZ ZAPATERO at 12:21 AM No comments:

Posted by GUILLERMO RUIZ ZAPATERO at 12:17 AM No comments:

Posted by GUILLERMO RUIZ ZAPATERO at 10:42 AM No comments: 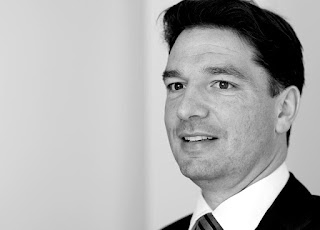 The court resumed with a new defence application, led by Mark Summers QC , about the new charges from the US governments new superseding indictment. Summers took the court back over the history of this extradition hearing. The first indictment had been drawn up in March of 2018. In January 2019 a provisional request for extradition had been made, which had been implemented in April of 2019 on Assange’s removal from the Embassy. In June 2019 this was replaced by the full request with a new, second indictment which had been the basis of these proceedings before today. A whole series of hearings had taken place on the basis of that second indictment.

The defence had not been properly informed of the superseding indictment, and indeed had learnt of its existence only through a US government press release on 20 June. It had not finally been officially served in these proceedings until 29 July, just six weeks ago. At first, it had not been clear how the superseding indictment would affect the charges, as the US government was briefing it made no difference but just gave additional detail. But on 21 August 2020, not before, it finally became clear in new US government submissions that the charges themselves had been changed.

There were now new charges that were standalone and did not depend on the earlier allegations. Even if the 18 Manning related charges were rejected, these new allegations could still form grounds for extradition. These new allegations included encouraging the stealing of data from a bank and from the government of Iceland, passing information on tracking police vehicles, and hacking the computers both of individuals and of a security company.

“How much of this newly alleged material is criminal is anybody’s guess”, stated Summers, going on to explain that it was not at all clear that an Australian giving advice from outwith Iceland to someone in Iceland on how to crack a code, was actually criminal if it occurred in the UK. This was even without considering the test of dual criminality in the US also, which had to be passed before the conduct was subject to extradition.

It was unthinkable that allegations of this magnitude would be the subject of a Part 2 extradition hearing within six weeks if they were submitted as a new case. Plainly that did not give the defence time to prepare, or to line up witnesses to these new charges. Among the issues relating to these new charges the defence would wish to address, were that some were not criminal, some were out of time limitation, some had already been charged in other fora (including Southwark Crown Court and courts in the USA).

Summers said all these matters should be ventilated in these hearings if the new charges were to be heard, but the defence simply did not have time to prepare its answers or its witnesses in the brief six weeks it had since receiving them, even setting aside the extreme problems of contact with Assange in the conditions in which he was being held in Belmarsh prison.

The defence would plainly need time to prepare answers to these new charges, but it would plainly be unfair to keep Assange in jail for the months that would take. The defence therefore suggested that these new charges should be excised from the conduct to be considered by the court, and they should go ahead with the evidence on criminal behaviour confined to what conduct had previously been alleged.

Summers argued it was “entirely unfair” to add what were in law new and separate criminal allegations, at short notice and “entirely without warning and not giving the defence time to respond to it. What is happening here is abnormal, unfair and liable to create real injustice if allowed to continue.”

Baraitser adjourned the court “for ten minutes” while she went out to consider her judgement. In fact she took much longer. When she returned she looked peculiarly strained.

Baraitser ruled that on 14 August she had given the defence the opportunity to apply for an adjournment, and given them seven days to decide. On 21 August the defence had replied they did not want an adjournment. They had not replied that they had insufficient time to consider. Even today the defence had not applied to adjourn but rather had applied to excise charges. They “cannot have been surprised by my decision” against that application. Therefore they must have been prepared to proceed with the hearing. Their objections were not based on new circumstance. The conditions of Assange in Belmarsh had not changed since 21 August. They had therefore missed their chance and the motion to adjourn was refused.

The courtroom atmosphere was now highly charged. Having in the morning refused to cut out the superseding indictment on the grounds that the remedy for lack of time should be more time, Baraitser was now refusing to give more time.

How the defence will deal with the new charges we shall see. It seems impossible that they can do this without calling new witnesses to address the new facts. But the witness lists had already been finalised on the basis of the old charges. That the defence should be forced to proceed with the wrong witnesses seems crazy, but frankly, I am well past being surprised by anything in this fake process.

Posted by GUILLERMO RUIZ ZAPATERO at 1:05 AM No comments:

Posted by GUILLERMO RUIZ ZAPATERO at 1:45 AM No comments:

Posted by GUILLERMO RUIZ ZAPATERO at 1:43 AM No comments:

Posted by GUILLERMO RUIZ ZAPATERO at 2:34 PM No comments:

Posted by GUILLERMO RUIZ ZAPATERO at 6:04 AM No comments:

Posted by GUILLERMO RUIZ ZAPATERO at 1:21 AM No comments: