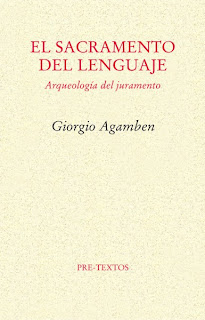 "Update: About the results of the latest euro-rescue summit

(1) The real results concern aid for the banks. Necessary actions to improve bank liquidity, but ineffective without broader policy action.

(2) Approval for more and deeper austerity policies. In fact, locking EU fiscal policy into a

straitjacket as a recession looms ahead. Europe’s leaders have learned nothing from 1929-32, and nothing from the great progress in economic theory since then. This could have horrific results! Future generations will not understand.

(3) They hope (again) to get more aid from the BRICs (Brazil, Russia, India, China) via the IMF. This is delusional. The BRICs did nothing earlier this year, when hopes were higher for effective EU action AND the BRICs were stronger. Now all four BRICs have serious problems at home; substantial help for the rich folks of Europe from the poorer BRICs seems unlikely.

(4) Most important, they have done nothing to address the imbalances within the EMU that caused the crisis — and drive the current downturn.

This is, as many have said, like the Captain of the Titanic convening a seminar on metallurgy after they hit the iceberg"


"Thus, if all of the global economy’s largest pieces fall into place, there is no reason why 2012 should be a disaster. But muddling through cannot continue forever. Europe needs to draw a line under its crisis and figure out how to grow. The US needs to overcome its political polarization and policy gridlock. And China needs to rebalance its economy – shifting from construction and exports to household consumption as the main engine of growth – while it still has time.

Of course, if none of this happens – or if not enough of it does – 2013 could turn out to be the annus horribilis of the perma-bears’ dreams."

"Moody's on Friday downgraded France's three largest banks, BNP Paribas, Credit Agricole and Societe Generale in light of what the US rating agency said were "liquidity and funding constraints". The banks' downgrade came despite Moody's acknowledging the three lenders could depend on a higher level of French taxpayer support in future.

Two weeks ago, rumours abounded that it was the near failure of a major French lender that had been the trigger for a massive co-ordinated intervention by the world's largest central banks to shore up the banking system.

The fear is the European authorities do not have the financial firepower to deal with the banks' problems. Analysts at BarCap say that even if the European rescue funds were able to raise €1 trillion of funding this would only meet the needs of the Italian and Spanish government and banks.

The European banking sector's problems are being exacerbated by a wave of asset sales as lenders look to dramatically shrink their balance sheets. UBS estimates eurozone banks could sell off between €3.7 trillion and €4.5 trillion of assets in the next three years."

Eurozone banking system on the edge of collapse

Posted by GUILLERMO RUIZ ZAPATERO at 12:44 PM No comments:

"The Federal Reserve and the big banks fought for more than two years to keep details of the largest bailout in U.S. history a secret. Now, the rest of the world can see what it was missing.

The Fed didn’t tell anyone which banks were in trouble so deep they required a combined $1.2 trillion on Dec. 5, 2008, their single neediest day. Bankers didn’t mention that they took tens of billions of dollars in emergency loans at the same time they were assuring investors their firms were healthy. And no one calculated until now that banks reaped an estimated $13 billion of income by taking advantage of the Fed’s below-market rates, Bloomberg Markets magazine reports in its January issue.

Saved by the bailout, bankers lobbied against government regulations, a job made easier by the Fed, which never disclosed the details of the rescue to lawmakers even as Congress doled out more money and debated new rules aimed at preventing the next collapse.

A fresh narrative of the financial crisis of 2007 to 2009 emerges from 29,000 pages of Fed documents obtained under the Freedom of Information Act and central bank records of more than 21,000 transactions. While Fed officials say that almost all of the loans were repaid and there have been no losses, details suggest taxpayers paid a price beyond dollars as the secret funding helped preserve a broken status quo and enabled the biggest banks to grow even bigger"

Posted by GUILLERMO RUIZ ZAPATERO at 11:06 AM No comments:

"Time is running short. European Sovereigns and banks need to find Euro 1.9 trillion to re-finance maturing debt in 2012. Italy alone requires Euro 113 billion in the first quarter and around Euro 300 billion over the full year. European banks need Euro 500 billion in the first half of 2012 and Euro 275 billion in the second half. This means they need to raise Euro 230 billion per quarter in 2012 compared to Euro 132 billion per quarter in 2011. Since June 2011, European banks have been only able to raise Euro 17 billion compared to Euro 120 billion for the same period in 2010.